As I laid there on my bed, scrolling through TikTok, Twitter, Facebook, and god knows what other social media platform I’m on, wasting time when I should be trying to sleep for the night, I kept coming across this latest and very interesting anime news from various sources. On October 7, 2022, two multiverse anime films will premiere in Japan simultaneously. 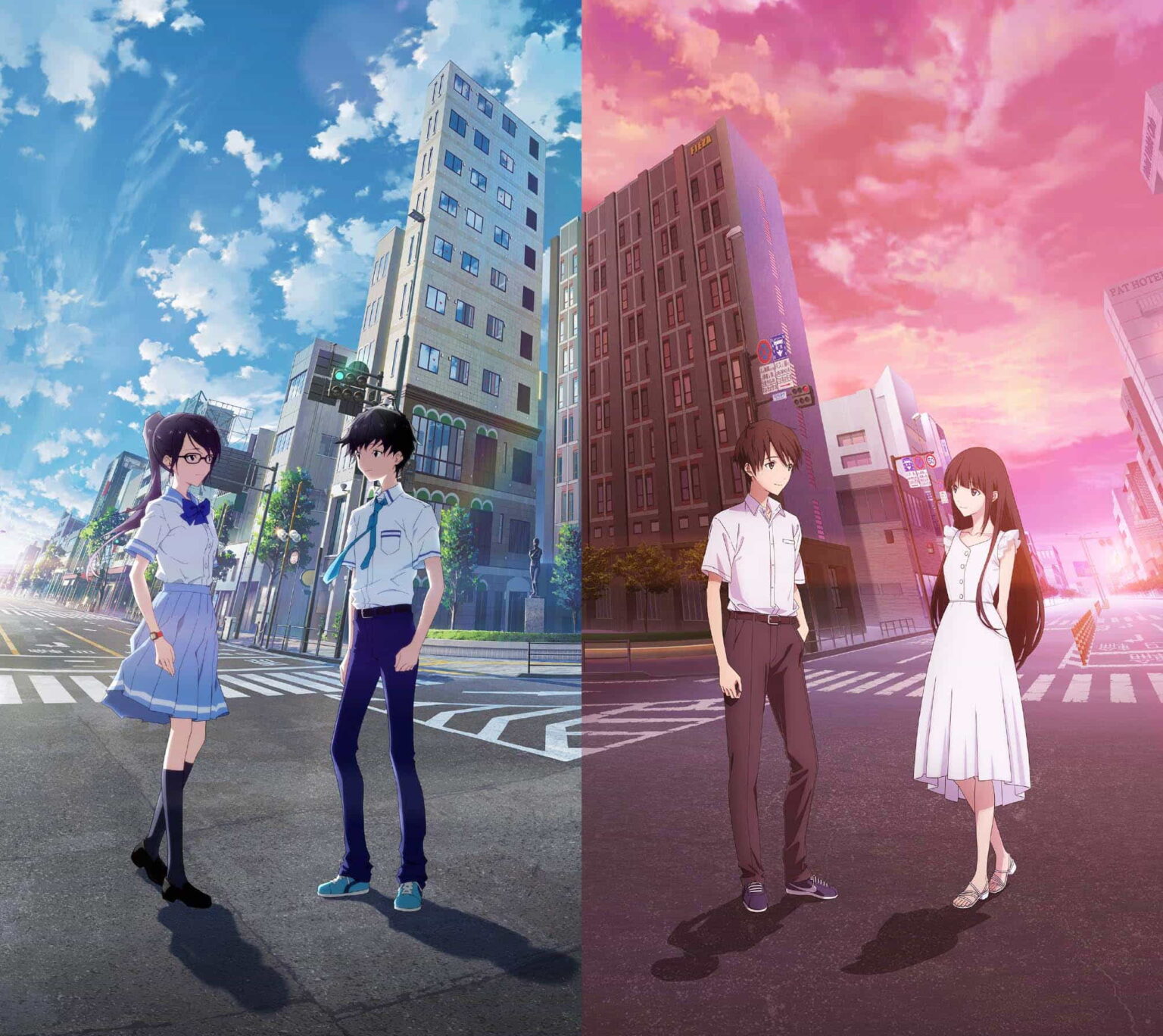 The two anime films are adaptions of two novels, “Boku ga Aihsita Subete no Kimi he” (To All of You That I Loved) and “Kimi wo Aishita Hitori no Boku he” (To the Only One Who Loved You, Me), written by Yomoji Otono. According the trailer, the story’s ending will depend on the order that you watch them in.

You can watch the trailer here:

Bakken Record will animate “Boku ga Aihsita Subete no Kimi he” (To All of You That I Loved). This film will be a love story between the two protagonists. Koyomi Takasaki is a university student who lives with his mother after his parents’ divorce. He has no social skills, so he struggles to make friends and spends a lot of time studying. His classmate, Kazune Takigawa, tells him that she is from a parallel universe where the both of them love each other.

TMS Entertainment will animate “Kimi wo Aishita Hitori no Boku he” (To the Only One Who Loved You, Me). In this story, Koyomi Hidaka’s parents are divorced and he lives with his father. He meets a girl named Shiori Satou at the research institute his father works at and both of them start to fall in love with each other. When Koyomi’s and Shiori’s parents get married, they try to escape to a parallel universe so that they could be together.

Though it may seem far, far away- sadly, it is- October 7, 2022 will arrive in a heartbeat. At least I’ll keep telling myself that. Stumbling upon this anime news was something I’ve never stumbled upon before. It’s new, interesting, unique, and I can’t way to experience this myself when the time comes.

Hi, my name is Mazin Zien. I'm an English and ESL teacher who is also an actor and writer for animation, video games, on-camera, and graphic novels. I love k-drama, anime, webtoons, manga, and video games. I do my best to live my life around my interests and enjoy every second of it. View all posts by Mazin Zien

My blog is 100% free because I rely on ads and your optional donations. It'd be a big help, but I appreciate you just being here. Thank you so much for all your support!